Connecticut has a relatively straightforward judicial system. The state of Connecticut has a federal district court as well as a supreme court, a court of appeals and also a number of trial courts. All of the courts are arranged in a hierarchy, and some of the trial courts have limited jurisdiction over location or over a specific matter, such as a probate court.

Connecticut only has one district court. This is the “United States District Court for the District of Connecticut” and this is where many lawsuits and federal cases originate.

As well as this, there are a number of trial courts and probate courts. The Connecticut Probate Courts, also referred to as “family courts” can deal with specific legal matters pertaining to probate, wills and even some adoption and family issues. There are 117 different districts within Connecticut with a judge elected for each court in the state.

There is also a Connecticut Superior Court, not to be confused with the supreme court. This represents all of the trial courts in the state. It can deal with civil and criminal matters and anything that doesn’t fall under the remit of a probate court. 13 districts of Connecticut are represented by the Superior Court. 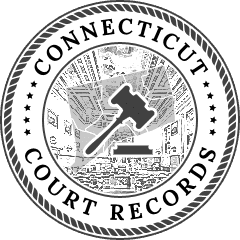 There is an appeal court within Connecticut called the “Appellate Court”. This acts as an intermediate. Cases can be heard here which have been appealed lower down the hierarchy and the court works in a similar way to a supreme court, however it does not have the same overall jurisdiction.

All states have a “court of last resort” when issues have been escalated from superior and trial courts. In the case of Connecticut, this is the Connecticut Supreme Court, which has seven judges in situ. It was founded back in the 1700s. Federal issues which have not been resolved in the lower courts will inevitably end up here.

Types of Courts in Connecticut

Under the “Connecticut Freedom of Information Act” dating back to the 1970s, records that are either produced by local or state government in Connecticut need to be accessible to residents of that state. This means that there is transparency across the board.

Many of the records have now been digitized, and for a case that has taken place in recent years in the courts of Connecticut you should be able to find the information using our search tool. In rare examples of cases before digitization was common, it might be the case that you need to contact the courts to access specific records, but this is relatively rare.