Illinois courts have a hierarchy that features three district courts as well as an appeals court and a supreme court. Within the judicial system of Illinois, there are also a number of localized trial courts throughout the state. We explain the flow of these courts and how the appeals system works.

The Illinois judicial system is more streamlined than many states. The circuit courts are the trial courts in Illinois, spread across all 24 districts. The majority of cases originate here, and issues such as probate and juvenile crime can be heard within these circuit courts.

There are also three district courts situated within the state. These cover the following areas: 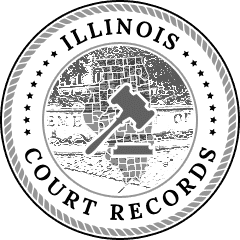 The Illinois Appellate Court acts as intermediate between the trial level verdicts and appeals, and the Supreme court of Illinois. There are five different districts for Appellate Courts and within these are 24 different judges in situ. Verdicts reached at trials in the circuit courts of Illinois can be overturned here. Alternatively, the decisions from the intermediate courts can sometimes be referred to the supreme court.

The Supreme Court of Illinois is the court of last resort for the state. It has original jurisdiction. This means that it can hear appeals and a number of different federal cases. This court also sets out all of the rules for the justice system in the state and takes authority over all over courts in Illinois. Issues including mandamus, habeas corpus and mandamus can be dealt with by this court. Trial judges can also be appointed by the court on a temporary basis. Issues referred by the intermediate court are often heard at this Supreme Court in Illinois.

Types of Courts in Illinois

Use our search function to find Illinois court records online quickly and easily, searching by case number or surname. The Illinois Freedom of Information Act dictates that it is the civil right of citizens to have access to these details and that Illinois court records are made available unless they have been otherwise sworn into confidentiality by law.

Some Illinois public records date back to 1800. Many of these have been made public over the last 30 years and modern cases are all digitized and searchable. The records you can access include arrest warrants, mugshots, pleas and sentence details and criminal and court records. Over 100 million records from the history of Illinois courts have been made available. If you cannot find what you are looking for then it might be necessary to request some historic information from specific Illinois courts as not all data from history has been digitized.