The judicial system of Massachusetts has a lot of different trial courts, some with general jurisdiction and some with limited. These feed into a court of appeals (if required) and a state supreme court which acts as the court of last resort in the state. There is also one federal district court.

The trial court system is quite complex in the state, though it does have the same hierarchy as many other US states.

Massachusetts has Superior Courts which have jurisdiction over all civil actions that have a dollar value over $25,000. They also deal with all first-degree murder cases.

District courts have jurisdiction over criminal law and felonies which involve sentences of under 5 years. Claims of under $7,000 may also be heard here as small claims. Juvenile and housing cases are also commonly heard among the district courts.

Massachusetts does have specific Juvenile courts, too, which are given jurisdiction over adoption and some instances of child protection. Probate and family courts also exist within Massachusetts to deal with similar court cases, divorces and custody proceedings.

Boston is also one of the few courts to have specific Housing and Land Courts. The Land Courts have subject-matter jurisdiction over property titles. The Massachusetts Housing Courts handle evictions, civil matters such as health and safety and matters such as property damage and tenancy.

Other trial courts in Boston include the Municipal Courts. These work alongside superior courts and deal with criminal cases where the potential sentence is over five years. This court has civil jurisdiction, too. 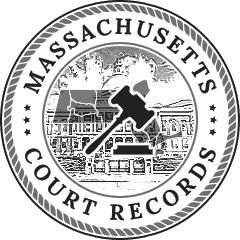 There is an intermediate court in Massachusetts for appeals to be escalated from the trial courts. It also has the ability to review decisions from the Tax Board in Massachusetts. Cases are not retried here, but court justices will sit and review the cases. They can escalate further, to the Supreme Court, if required.

Massachusetts has one of the oldest Judicial Courts, the Supreme Court is the court of last resort in the state and can be dated back to the 1600s. In fact, it is the oldest appellate court in the whole of the USA.

Types of Courts in Massachusetts