The judicial system of Rhode Island consists of many different types of courts, many of which have limited purposes and jurisdiction. These are the trial courts within the state which then rely on appeals courts including the supreme court in some circumstances. There is also one federal district court within the state.

The federal district court in Rhode Island is part of the first circuit for appeals. It is entitled the United States District Court for the District of Rhode Island.

Another federal court within the state is the United States bankruptcy court, District of Rhode Island, with limited jurisdiction just to deal with bankruptcy issues.

The Superior Court is the highest trial court within the state, but there are a number of other trial courts which sit below this in the hierarchy. A number of district courts deal with specific regions of the state, for example.

Rhode Island is also one of the states that has a huge number of different limited jurisdiction courts. There is a Family Court of Rhode Island designed for child support, divorce issues and adoption among other family-related trials.

There is also a Workers’ Compensation Court to deal with employee-employer relationships and some of the issues arising with termination of employment.

The Traffic Tribunal court deals with most of the traffic issues in the state which frees up the general jurisdiction courts to cater for the other issues. 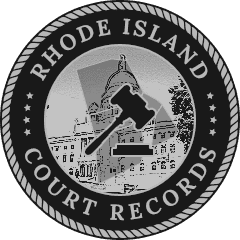 In some situations, the intermediate court can be the Superior Court. Cases from lower in the hierarchy or appeals from limited-jurisdiction courts can be heard in the Superior Court though it is not a specific appellate court.

The historic Supreme Court which dates back to the 1700s is the court of last resort, with five judges in situ. It is responsible for escalated cases from the lower courts in the hierarchy and some special cases that need the attention of the Supreme Court. It is also an administrative power over the other courts in the state.

Types of Courts in Rhode Island

Our search tool is designed to help you quickly find access to court records from Rhode Island. The Public Records Act in the state, first passed in the 1970s, dictates that the resident can access all public records with no specific reason to do so. This is in the interests of a transparent government. You can see details of court cases including pleas and sentencing, bail and parole details and even police statements. Over recent years the majority of records have been made digital and searchable to allow you to find the court records you need on the internet, with no need to contact Island Supreme Court.