The single federal district court in the state is the United States District Court for the District of South Carolina. This is where a lot of the federal cases that originate in the state are first heard.

As well as this, there is a federal US bankruptcy court for the District of South Carolina which deals exclusively with bankruptcy-related issues for individuals and for businesses in the state.

There are a few different varieties of trial courts in the state. The South Carolina Circuit Courts have the main general jurisdiction for the state and if there are appeals, they act as the appellate court with authority over the other types of trial court.

The Masters-in-Equity court has the same jurisdictions as the South Carolina Circuit Courts, but a jury does not sit within this court.

Some of the subject-matter courts include a Family Court for adoption and other domestic issues, which are divided within the same districts as the other courts of South Carolina. There is also a probate court to deal specifically with matters relating to estates and inheritance.

Lower, regional courts such as the South Carolina Municipal Courts have power to deal with specific ordinances for their region. On top of this, Magistrate Courts can deal with small claims, and cases with a fine that is under $500 or that involves less than a month of prison time as a punishment. 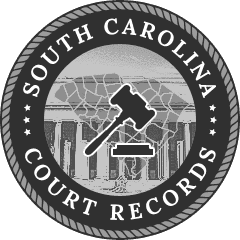 Though the circuit courts can act as some form of intermediate and hear appeals from the lower trial courts, there is a specific Court of Appeals for the state of South Carolina. It has existed since the 1980s and is designed to deal with appeals from circuit courts.

There is also a court of last resort, the Supreme Court. It has 5 judgeships and takes administrative power over all of the other regional courts throughout South Carolina, as well as setting regulations for the court and attorneys in the state.

Types of Courts in South Carolina

You can use our tool to search through South Carolina Court Records including arrest warrants, mugshots, bankruptcies and both civil and criminal filings. Records date back to the 1600s in this historic state. This is protected by law as your civil right to see and copy these records if you live in South Carolina, with the South Carolina Freedom of Information Act protecting public access.