The state of Alaska has a centrally administered judicial system which is also state-funded. The system has around 40 Native American tribal courts but also offers district courts, a court of appeals as well as a supreme court for further civil and criminal action.

Most of the cases start in the superior courts and district courts. These act as trial courts in Alaska before cases may go to the courts of appeals, or even to the higher court. District courts only deal with cases up to $100,000 in dollar value.

There is just one federal district court in the state. “The United States District Court for the District of Alaska” is one of 94 district courts in the US. The court has three Article III federal judges as well as six Federal magistrate judges. 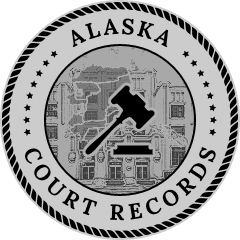 Alaska has one court of appeals, which was created in the Alaska Legislature of 1980. The kinds of appeals that are dealt with here include wrongful conviction, extradition, and parole, as well as other types of appeals in criminal cases. Defendants may be able to choose whether their case goes to the court of appeals, or to the higher court, the “Supreme” court.

The court can also hear appeals for a variety of other criminal cases, and choose whether to accept petitions from lower courts. Both civil and criminal matters can be dealt with here, and reviews of both types of decisions are common.

The Supreme Court has the job of supervising other courts and creating the rules regarding the administration of all of Alaska.

The court hears periodically in Anchorage, Fairbanks and Juneau, and in some other parts of Alaska as required when a specific case may call for it.

Types of Courts in Alaska

Alaska’s court information appears online once it has been filed in their case management system. You can use our search function of court records to find details for cases from the last 30 years. Information prior to 1990 is not necessarily available online, but under the Freedom of Information Act, you can contact Alaska courts to request this information specifically. However, if a case has been reopened then the data might now be available online.

With our online system, you can access civil records, criminal records, child support, case status, divorces, and plea and sentencing details among other Alaska records from court cases. In Alaska, not all minor offense citations are filed, so you might not be able to access information from these offenses.