Indiana has a judicial system featuring a number of trial courts as well as federal district courts. It also has a state court for appeals and a supreme court, which is the court of last resort for the state. We explain more about the state of Indiana and how the court system hierarchy works in this guide.

The two federal courts in Indiana are split into northern and southern regions:

The main trial courts throughout Indiana are the Circuit Courts. Every county of the state has its own circuit court to deal with regional issues and trials.

There are also superior courts, which can deal with minor offenses and have small claims divisions. Most of the counties in Indiana have a superior court, but not every state does.

There is a probate court, too, the St. Joseph County Probate Court. This is the only probate court within the state and deals with issues relating to inheritance and probate.

As well as these courts, there are a few others which have limited jurisdiction, meaning that they deal with specific subject-matter issues. There is a system of Municipal Courts. These are created by the cities and the towns of the state, and deal with smaller issues such as misdemeanors and traffic violations.

In Marion county, there is also a small claims court.

There is a specific Indiana Tax Court, which can be both a trial court and also an appellate court depending on the case in question. Decisions that state agencies have made pertaining to taxation can sometimes be appealed within the Tax Court. 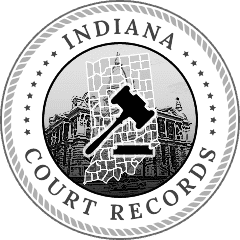 Cases within the trial courts can sometimes be appealed to higher courts. For instance, the Indiana Court of Appeals. This is the appellate court for Indiana, when a case is referred from a trial court it can often be heard here. Some appeals from state agencies can also be dealt with in this intermediate court.

The Supreme Court takes jurisdiction over all other courts. It has the power to review decisions and appeals from any of the other state courts. This is known as a court of last resort.

Types of Courts in Indiana

You can use our tool to find court records and criminal records in Indiana. The state’s Indiana Access to Public Records Act makes it a right of citizens to see and copy all of the records held by the judicial system, unless they are otherwise protected by law. Our search tool allows people to find plea details, divorce records, court information, bankruptcy records and much more.