Texas has a relatively large judicial system, there are four federal district courts to go along with many state trial courts, some with limited jurisdiction to deal with a specific subject. The courts all serve specific purposes, and feed into a court of appeals and a supreme court, which can rule over any appeals if needed.

The four district courts are split into the areas of Texas. Any appeals from these courts need to be heard by the Fifth Circuit.

There are a number of District Courts, serving as the trial courts for Texas. Every county has at least one of these courts which deal with felonies as well as civil matters dealing with over $200 of monetary value. Some specialize in other issues such as family law.

The County Courts are still in effect in Texas, they share jurisdiction with the District Courts of Texas.

A number of limited jurisdiction Probate Courts also operate through metropolitan areas, ruling over a specific county in probate issues, but also in some cases of guardianship.

County Courts at Law are another type of court for Texas, which are created in county with big populations in order to help the County Courts, with which they share jurisdiction. Their responsibilities vary greatly.

There are also Municipal Courts for specific municipalities to deal with smaller issues and claims, traffic violations and more. There are over 900 of these. 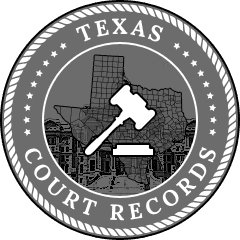 Texas has different types of appeal courts depending on whether civil or criminal hearings are being referred for appeal. The Texas Courts of Appeals are a group of 14 different appellate courts.

The Texas Court of Criminal Appeals operates separately and has power to review criminal cases in the state. For Criminal matters it is the court of last resort, which is different from the structure of most states.

The supreme court takes on the role of court of last resort for civil matters as well as having administrative control over the other state courts.

Types of Courts in Texas

You can use our convenient search tool in order to find details from Texas court cases. The Texas Public Information Act is actually known in law as the Texas Government Code Chapter 552 and this protects the right of citizens to see the public records kept by the Texas courts, from plea details to arrest warrants and more. You can access digitized records via a searchable database.